By Admin HB 06 Jun, 2020 Post a Comment
Movie Reviews: Review and Synopsis Film Bloodshot (2020) - Bloodshot is a villain character from a comic. Long ago, Marine Ray Garrison (Vin Diesel) and his wife were victims of murder. But Ray was then resurrected by a secret team of scientists. The capabilities of his body are enhanced by nanotechnology that turns him into a superhuman, biotech killing machine.

Bloodshot Movie tells the story after Ray and his wife were suddenly killed, Marines Ray Garrison (Vin Diesel) revived by a team of scientists. His body was enhanced by nanotechnology, he became a superhuman and had extraordinary new abilities. Now it is a biotech killing machine called Bloodshot. 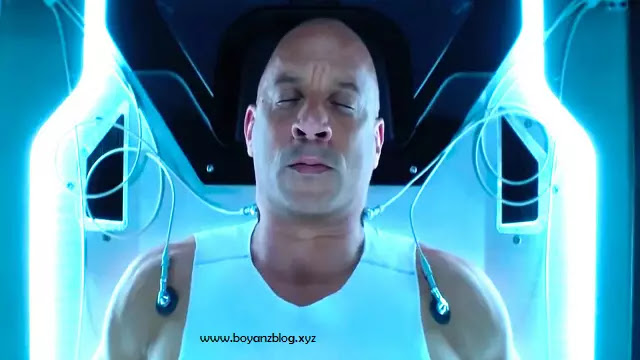 When Ray first trained with his fellow supermen, he struggled to remember anything from previous years. At that time his past appeared and he remembered a man who killed him and his wife. Bloodshot came out of the facility to avenge and seek his true identity. With his new abilities, he struggled to get the truth about his life.

In 2012 Bloodshot was already in the process of preparation and Jared Leto initially became the main character. But in March 2018, the character of Ray Garrison fell to Vin Diesel. The film begins filming in South Africa in August 2018.

Bloodshot itself is a fictional superhero that appears in comics published by American publisher Valiant Comics. This character was created by Kevin VanHook, Don Perlin, and Bob Layton.

Based on the comics, the Bloodshot character is a former soldier with the power of regeneration and meta-morphing made possible through nanites injected into his blood, hence the name Bloodshot.

After his memory was erased repeatedly, Bloodshot ventured to find who he really was and take revenge on the people who did this to him. Bloodshot blood flow contains one billion nanobots, allowing it to recover from injury quickly, interact with technology, and change the shape of the mass. Well, you've seen this in the Movie Bloodshot trailer.

Valiant Comics is a US comic book and media publisher. The company was founded in 1989 by former Marvel Comics editor-in-chief Jim Shooter along with lawyer and businessman Steven Massarsky.