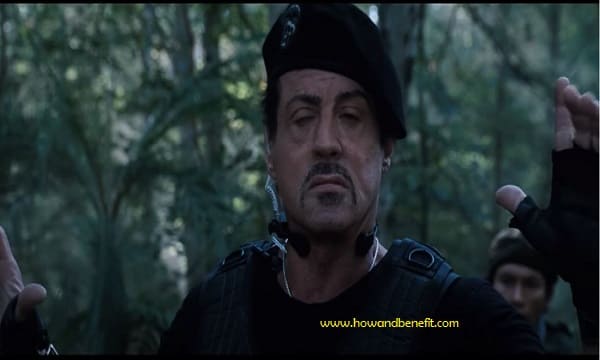 The story opens with the release of Dr. Zhou in Nepal, who was then accompanied by Yang, headed to China. They also free Trench (Arnold Schwarzenegger), an old friend. When he returned to New Orleans.

The Expendables got a new mission from Mr. Church (Bruce Willis) to retrieve an important object. Place the object on the plane that crashed in Albania. To make the mission easier, Maggie Chan (Yu Nan), a technician, helped.

When the items have been taken and they intend to return, a group of people led by Jean Vilain (Jean-Claude Van Damme) confronts them. After a fierce fight, Villain manages to take Billy hostage.

He threatened to kill if the item was not given. But when the item was given, Villain still killed Billy and ran away. The situation made the members of The Expendables angry. After searching for information, the item they were looking for was a computer that stored the location of five tons of plutonium.

The plutonium is a legacy from the Soviet Union during the cold war. Villain wants to sell it. If it is in the wrong person's hands, it can put the world in danger. The film by director Simon West and writers Richard Wenk and Sylvester Stallone premiered on August 17, 2012. The duration of 102 minutes.

The Expendables 2 is under the auspices of the Lionsgate production studio. During its screening, the Mojo Box Office recorded revenues of more than 314 million US dollars (US). Some 229 million US dollars of which came from airing internationally.