By Admin 25 Jul, 2019 Post a Comment
Rarely Do People Know 3 Health Risks Associated With Running - So you're thinking about beginning running for fitness and maybe you've even gone down to your local runner's store to look at the new shoes. You're excited about losing weight and becoming more fit and healthy.

But when you talk to friends and family (non-runners) about your plans, they fill your head with concerns about the health risks of running. Are their concerns justified? Running is one of the best activities you can participate in for improving your health and losing weight. 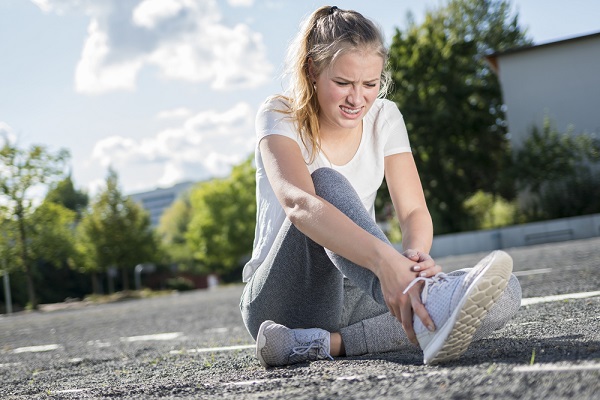 When you're smart about using the right gear and follow a good training program, running is a very low-risk activity. However, as a beginning runner, there are a number of risks that you should be aware of so you can take appropriate action to prevent problems.

I'm most often asked if running is bad for the knees. The best place to look for the answer to this question is medical research. Stanford University conducted a long-term study of 1,000 runners and non-runners for over 20 years.

When the study began, none of the participants had arthritis but many of them developed the condition over the next 20 years.

According to the research findings, runners were no more or less likely than non-runners to develop arthritis. Furthermore, there was no difference how far the runners ran.

There was no difference in joint health between runners who ran 200 miles per year their peers who ran 2,000 miles per year. Interestingly, the researchers found that runners experienced less physical disability and a 39% lower mortality rate than non-runners.

The mistake many people make when thinking about their joints is to think of them as being mechanical, like parts in a car that wear out with time. Unlike car parts, our joints are bio-mechanical and actually become stronger and better with use.

Running stimulates the body to strengthen and build healthy joints.

To answer the question of whether running causes heart attacks, we should first understand exactly what a heart attack is. A heart attack occurs when blood flow to the heart tissues is blocked or seriously reduced.

The lack of blood first causes pain then results in dead heart muscle tissue. That pain is also known as angina and if corrective actions are taken does not result in tissue damage. If the condition is not corrected however, heart damage occurs and can result in death.

As it is made up of muscle, the heart responds well to exercise, becoming stronger and healthier.

Running is well known as a great cardiovascular exercise and is recommended to reverse heart disease. So what about those stories of runners who drop dead while training or racing?

A relatively small group of individuals have underlying medical conditions, such as arterial blockages or heart disease, that make running risky. Some of those individuals won't have any symptoms to tell them that there is a problem.

If they were to take on a vigorous physical training program, such as running, they could have a heart attack. That's why every fitness program comes with a disclaimer like this one: "Warning: You must consult your physician before you begin this or any other exercise program."

So you see that there is some risk, but generally only if you don't get medical clearance before you get started.

A physician can run tests to determine if you're one of those very few people who are at risk running. Most doctors would be delighted to hear that you're planning to begin running for fitness.

The medical community defines dehydration as the excessive loss of bodily fluid. As runners, we can look at dehydration as not drinking enough fluids to make up for what we perspire while running.

The symptoms vary widely depending on how much of your normal water volume has been lost. Interestingly, thirst may not necessarily appear as a symptom until dehydration is well underway.

At low levels of dehydration, physical performance can be dramatically affected. For example, runners suffering mild dehydration may be unable to push faster or harder while training or racing and even an easy run will feel difficult.

As dehydration worsens, symptoms such as confusion, fatigue and severe muscle cramps may occur. At the extreme, dehydration can be fatal. However, most people will replenish their liquids well before that condition is reached.

Fortunately, preventing dehydration is as simple as reaching for a bottle of water. That is why I recommend always carrying water on every run. I do it myself, even for short runs of less than half an hour. Hydrating is worth practicing, and I believe that practice makes permanent.

For running in extreme conditions, which includes long-distance running, it may become necessary to use electrolyte replacement drinks.

Electrolytes are elements in the blood, such as sodium, potassium, calcium, and chlorides, that are necessary for our cells to work. They also get sweated out of our pores during exercise. That's why our perspiration tastes salty.

Electrolyte replacement drinks and gels have been formulated to be easily absorbed by our bodies so that we can maintain healthy electrolyte balance during exercise.

Remember though that these products generally contain sugars (and hence calories) so if your goal is running for weight loss and not just running for fitness, you probably don't want to use electrolyte replacements on short or less intense runs.

My recommendation is to stick primarily with clear water for most of your runs. Consider electrolyte replacements only as your distance and effort become much greater.

So there you have some of the top health risks associated with running. Remember that running provides many more health benefits and could add years of healthy living to your life.

So long as you get medical clearance before you start running and take simple preventive measures, you should be able to enjoy decades of healthy running.