By Admin 21 Jul, 2019 Post a Comment
High Uric Acid and Gout - Causes and Treatment Options - High uric acid can cause excruciating gout, and, frequent gout attacks can lead to damaged joints and kidneys. Here, you'll discover the causes of high uric acid, how it in turn causes gout, and, mainstream and natural treatments to help relieve your gout. 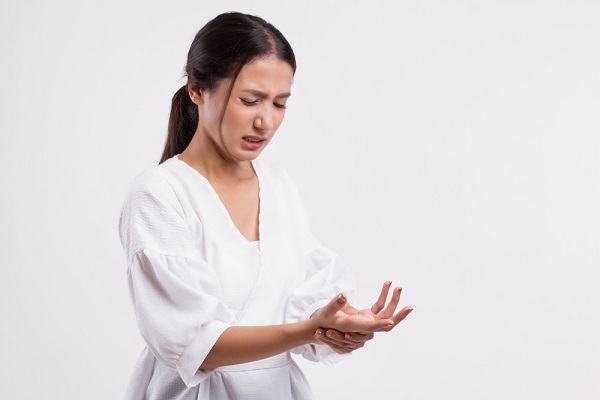 High uric acid is caused by the inability of your kidneys to process and then flush naturally produced excess acid out of your system through your urine.

But where does uric acid come from? It is produced as a byproduct of a chemical process in your body involving natural compounds called "purines". These are found in our bodies and in our food and are a key part of the process that provides us with energy and protein. When these purines breakdown, as part of this process, uric acid is produced.

As you've seen above, when either there is too much acid being produced, or, your kidneys aren't 100%, then excess acid builds up in your bloodstream.

A result of this is that sharp, needle-shaped, uric acid crystals become deposited in and around your joints, causing the symptoms of gout, i.e. inflammation, redness and agonizing pain.

A very serious potential outcome of having frequent gout attacks is that you can suffer permanent damage to your joints and even kidney damage, such as kidney stones.

This is made worse by the fact that once you've had one gout attack, you have a very high risk of having repeat attacks down the line.

So, even if this is your first attack, you shouldn't assume that once the symptoms have gone they'll never return, with their potential for future joint and kidney damage.

All are pretty effective in relieving the symptoms of gout, but, they have quite a list of pretty nasty side effects including, headaches, nausea, vomiting, stomach ulcers, bleeding, stomach cramps, etc.

Because of the horrible side effects -- notwithstanding the ongoing costs -- of drug-based treatment, evermore gout sufferers are using natural remedies to successfully fight their painful condition.

There are too many remedies to list here, but here are three I believe to be some of the most important:

Drink at least 2 liters of water every day to help your kidneys and to help flush acid from your system via your urine.

2 - Avoid foods that are high in acid-producing purines

so as not to overload your kidneys with too much uric acid. Generally speaking, these are foods like; fatty red meat, offal, gravy, poultry (particularly turkey), some fish, shellfish, some vegetables, beans, lentils, dried peas, and alcohol (especially beer).

Eat a large bowl of cherries every day for their natural anti-inflammatory and antioxidant powers.

There are just so many home remedies out there; some better than others, and, some work better for some folks than others. The key is for you to find out which works best for you. And, in addition you need to find the combination that not only relieves your agonizing gout symptoms as fast as possible, but, will prevent them from returning.