By Admin HB 21 Jun, 2019 Post a Comment
Various Causes of High Uric Acid in Urine - High uric acid in urine can be caused by the production of too much uric acid in your body. Here, you will learn what causes high uric acid and what you need to reduce and treat high gout complaints. 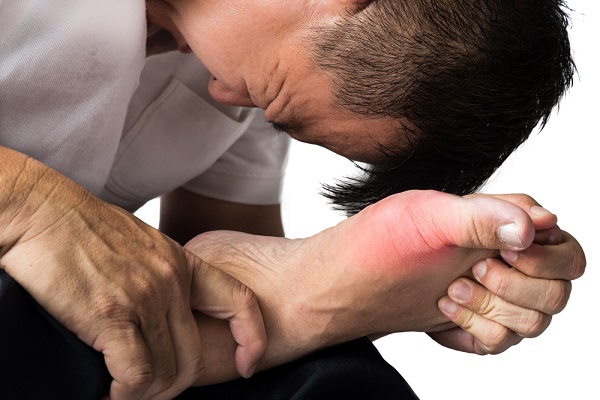 You need to know, uric acid is produced when purines in the cells of your body and in the breakdown of your food. This is a normal function. Purines are part of the process that supplies you with energy and protein needs, among others.

Your kidneys have the job of processing acids produced by purines and removing most of the acid through your urine, with a little through feces. The relatively low levels of acid stored in your body are antioxidants, so they are useful and useful for health.

But high levels of uric acid in the blood - a condition is known as hyperuricemia - can cause crystal formation in the joints which causes painful symptoms we know as gout.

High blood uric acid can occur when your kidneys don't release enough acid quickly enough, or, when too much acid is produced in its entirety.

We can measure uric acid levels in urine and blood. And by comparing the results we can identify where the problem can be.

For example high uric acid in urine and blood tells us that too many acids are produced in the body. High levels in the blood, but lower levels in the urine indicate that the kidneys do not process acid quickly enough.

And though, for the first time gout sufferers, the concern is getting help as quickly as possible - and rightly so because the pain is very painful - you need to consider the long-term implications of gout attacks.

Someone who experiences a gout attack is very likely to have more. And this can cause serious complications over time. Gout that often recurs can cause permanent joint damage and kidney problems such as painful kidney stones.

So, while it's true that you have to get a gout pain reliever quickly, you also need to work on a plan to prevent further attacks. And an important step is to reduce your high uric acid and keep it at a relatively low level.

You see above what if you have high uric acid in your urine and blood which is an indication of too much acid being produced. And the producers are purines that exist, not only in your body's cells but also in your food.


So to reduce uric acid you need to reduce the amount produced by purine in your food.

This means changing to a low purine diet by avoiding foods that have high purine levels and replacing them with relatively low purine foods.

Avoid foods that are high in purines and cause gout among these foods: