By Admin HB 19 Jun, 2019 Post a Comment
Ketogenic Diets - Understanding Ketosis and Ketones - The ketogenic diet, a colloquially called keto diet, is a popular diet that contains high amounts of fat, adequate protein, and low carbohydrates. It is also referred to as a Low Carb-High Fat (LCHF) diet and a low carbohydrate diet.

Ketogenic diets are basically designed to induce a state of ketosis in the body. When the amount of glucose in the body becomes too low, the body switches to fat as an alternative source of energy. 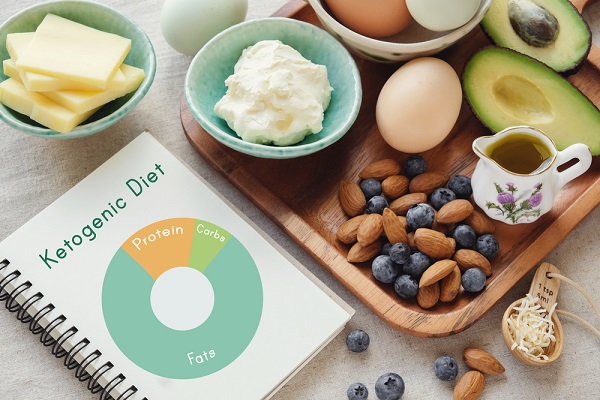 The body has two primary fuel sources which are:

free fatty acids (FFA) and, to a lesser extent, ketones made from FFA Fat deposits are stored in the form of triglycerides. They are normally broken down into long-chain fatty acids and glycerol.

Stripping off the glycerol from the triglyceride molecule allows for the release of the three free fatty acid (FFA) molecules into the bloodstream to be used as energy.

The glycerol molecule goes into the liver where three molecules of it combine to form one glucose molecule. Therefore, as your body burns fat, it also produces glucose as a by-product. This glucose can be used to fuel parts of the brain as well as other parts of the body that cannot run on FFA.

However, while glucose can travel through the bloodstream on its own, cholesterol and triglycerides need a carrier to move around in the bloodstream.

Cholesterol and triglycerides are packaged in a carrier called low-density lipoprotein, or LDL. Thus, the larger the LDL particle, the more triglycerides it contains.

Ketones are produced by the liver from free fatty acids.

There are composed of 2 groups of atoms linked together by a carbonyl functional group.

The body has no capability to store ketones and therefore they must be either used or excreted. The body excrete them either through the breath as acetone or through the urine as acetoacetate.

Ketones can be used by body cells as a source of energy. In addition, the brain can use ketones to produce around 70-75% of its energy needs.

Like alcohol, ketones take priority as a fuel source over carbohydrates. This implies that when they are high in the bloodstream, they must be burned first before glucose can be used as a fuel.

When you start eating less amounts of carbohydrates, your body gets the smaller supply of glucose to use as energy compared to before.

Fasting and starvation states usually involve reduced or no intake of food that the body can digest and convert into glucose. While starvation is involuntary, fasting is a more conscious choice you make to intentionally not eat.

However, the body enters into a "starvation mode" whenever you are sleeping, when you skip a meal or when you intentionally go on a fast. The lack of food intake results in a reduction in blood glucose levels. As a result, the body starts to break down its glycogen (stored glucose) stores for energy.

The glycogen is converted back into glucose and used as energy by the body. In this state, the body also starts to burn its stored fats. Thus, the production of ketone bodies (ketogenesis) is induced by a lack of available glucose.

Any time the amount of ketones in the blood outnumber the molecules of glucose, the body cells will start making use of the ketones as their source of energy.