By Admin HB 29 Jun, 2019 Post a Comment
Health Benefits of Ginger - 4 Big Reasons to Take Ginger every day - The health benefits of ginger surpass most spices. In cooking it's quite versatile with it often being used in both savory and sweet dishes. This can make it easier to integrate it into your diet. 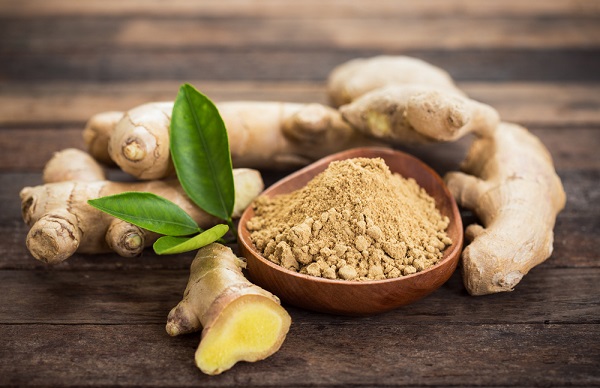 It's also recommended in many juicing recipes, especially as a morning pick up a drink. This is because not only does it add a lovely warming zing to the juice but it's also very good for you. As a natural remedy, it's one of the best spices to take for all-around wellness. Modern-day pharmaceutical drugs have their place but I always think it's far better for the body to go for a natural remedy first.

Most nutritional scientists agree that a large amount of disease and illnesses in this modern-day western society are caused by poor diet and lack of exercise.


So it makes sense to flood your body with natural foods that have their own medicinal properties to help rid the body of disease instead of putting in potentially harmful pharmaceuticals with some horrendous side effects to do the same job. Some drugs have such bad side effects that another set of drugs is required to counteract them. How ridiculous is that?

The health benefits of ginger encompass a lot of ailments that western society currently experiences on a regular basis.

Here are the 4 Main Ones.

1. It has a blood thinning effect, this is good for the body as it helps prevent blood clots which if left untreated in the body can lead to strokes and heart attacks.

2. In animal tests, it's been shown to help reduce the amounts of harmful cholesterol in the body which leads to the furring of the arteries. This furring combined with blood clots is what causes strokes and heart attacks so you get a positive double whammy on this one.

3. It's a natural anti-inflammatory especially helpful with arthritic conditions. In one study ginger preparations helped relieve pain and swelling in 75% of people tested.

4. One of the best things it's known for its effects on nausea. Ancient Chinese mariners used to put a slice of ginger in between their gum and lip to ward off seasickness. In more recent scientific studies it's been proven that taking a 250mg supplement 2 hours before sailing can ward off the major side effects, but it's also useful for any type of motion sickness.

Ginger as an Alternative Medicine

Moving on to more alternative remedies, aromatherapists swear by it. As an oil, it can be either inhaled or massaged into the stomach in a clockwise circular motion to relieve symptoms of nausea.

It's also used for muscular pains where it's often dropped into a hot bath, combined with other essential oils this can be very effective. As with all essential oils, you should always use it with care and always follow the instructions.

To conclude. the health benefits of ginger really are all they're hyped up to be which is more than can be said for most things, it's a very versatile spice when it comes to its medicinal properties and culinary uses.

It can help reduce blood clots and bad cholesterol, the two main contributing forces of strokes and heart attacks. It can also reduce inflammation and is really good at relieving nausea and sickness.

In order to receive any noticeable benefit from ginger, it should be taken daily. As always fresh is best but in the busy times, we live this can be very difficult. To make sure you're getting your recommended daily amount it often makes good sense to take a supplement.