Health Benefits Of Coffee And Cancer Risk - More good news on the health benefits of coffee. A new study finds that women who drank 4 of more cups of caffeinated coffee a day had a 30% lower chance of endometrial cancer... yet experts warn that lifestyle factors are sure to play a part too. 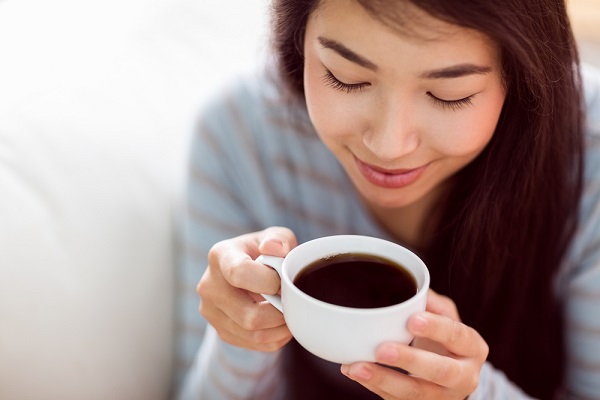 If you're a decaf drinker, having two or more mugs of decaf coffee each day appears to reduce your cancer risk by 22%. Like other work, this research suggests that women drinking either regular or decaf coffee have a lower risk for endometrial cancer.

This is not to say that non-coffee drinkers should take up coffee drinking... the work finds a link, and not a cause and effect.

The researchers evaluated over 67,000 women who were enrolled in the well-known Nurses' Health Study in an attempt to identify a relationship between coffee and the chance of endometrial cancer. Over the 26-year period of follow up, 672 women were diagnosed with endometrial cancer.

There was a greater protective effect from coffee drinking for obese women, something that's been noticed in other studies. Obesity has long been identified as a risk factor for this type of cancer. The relationship between coffee drinking and a lower risk of cancer was also strongest for ex (or current) smokers, those past menopause and those not taking hormone therapy.

Coffee does appear to increase insulin resistance, and has also been shown to raise estrogen levels. High levels of estrogen and insulin have been linked to an increased risk of endometrial cancer according to researchers. Coffee, besides the caffeine, is full of other compounds that might improve the action of insulin in the body.

Since the research collected no information on how the coffee was consumed - black or with cream and sugar - we don't know what combination might be most effective. Experts not involved in the research agree that women who are already drinking coffee might be bringing down their risk of this form of cancer.

According to American Cancer Society numbers, endometrial cancer will strike an estimated 46,500 women, bringing over 8,100 deaths in 2011 alone. The cancer is of the womb itself, in the uterus lining, a small, hollow, pear shaped organ where a child develops. This form of cancer can often be caught early because it typically produces abnormal vaginal bleeding - prompting a woman to visit her doctor.

Doctors still don't know what causes endometrial cancer, though they know that some sort of mutation takes place in the endometrium, the womb lining, turning normal, healthy cells into dangerous ones. Eventually the abnormal cells combine to form a mass and can separate from the initial site to travel to other places in the body.

Keep Healthy and Active
If you're worried about your own risks of endometrial cancer, be sure that you don't just rely on the health benefits of coffee. You should aim to maintain a healthy weight, and be as active as possible, especially in the years after menopause.

Both these lifestyle choices will address one of the major risk factors for endometrial cancer - carrying too much weight. By eating a diet that's low in saturated fats, with lots of fruits and veggies you'll bring down the risk of this, and perhaps other dangerous forms of cancer.