Green Tea: 5 Benefits of Shocking Green Tea You Might Not Know

By Admin HB 27 Jun, 2019 Post a Comment
Green Tea: 5 Benefits of Shocking Green Tea You Might Not Know - Much can be said for Chinese medicine and the use of natural medicines to maintain health and well-being. What has just been discovered is that there are several benefits of green tea that are important for a long and healthy life. Some of them might surprise you. 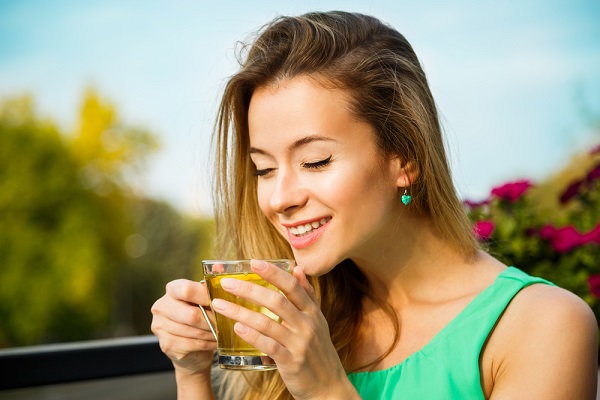 For several Decades scientific and medical research has been conducted on how much benefits are contained in green tea, its use as a natural ingredient that is beneficial for human health

with some evidence showing that regular green tea drinkers may have a lower risk of heart disease. and certain types of cancer. "

That is good news for anyone who is interested in maintaining their health.

We may already know that Green Tea contains Antioxidants which are good for the health of the human body, but it turns out there is better news about the benefits contained in Green Tea.

Here are 5 benefits of green tea that you might not have read before:

Green tea has been linked to the prevention of tooth decay in two ways. Both inhibit bad bacteria in the mouth after drinking and also help prevent the production of acids that can erode teeth.

Catechins in tea are thought to inhibit bad bacteria and reduce the acidity of saliva and plaque which causes tooth decay.

In an interesting study, subjects were asked to rinse with various time intervals with green tea extract. After 2 minutes, the bacteria is somewhat inhibited. But, after 30 minutes the benefits are even more pronounced.

Who knows, if it turns out the benefits of consuming Green Tea are good for teeth

People today are smarter about physical fitness and its effects on health.

But, did you know that this tea can increase endurance while exercising?

Researchers at the Kao Corporation Biological Sciences Laboratory in Japan found that consuming green tea extract (GTE) on a regular basis improved the performance of sports endurance by up to 24%.

The researchers, whose research was reported in the American Journal of Physiology-Regulatory, Integrative and Comparative Physiology, found that drinking one cup a day didn't increase endurance much but drinking 4 cups a day had a tremendous impact. More is better.

In addition, drinking tea can help you lose weight. Researchers have found that catechins in tea can increase a human's ability to burn fat as fuel.

Benefit # 3 - Helps You Have a Thinner Waist

At present, even people who do not carry excess weight in other parts of their bodies may struggle with bumps around their waist.

The weight around the center is caused by sugar and is difficult to fight when there is so much sugar found in processed foods.

Green tea helps process sugar in the body so it doesn't reach your waist.

In a recent study, those who drank tea regularly had a lower body mass index and a smaller waist than those who did not. This can also help reduce the risk of developing metabolic syndrome.

The Mayo Clinic defines Metabolic syndrome as "a group of conditions - increased blood pressure, high blood sugar levels, excess body fat around the waist and abnormal cholesterol levels - which occur together, increasing the risk of heart disease, stroke, and diabetes."

In addition, it is estimated that this tea helps prevent other neurological diseases including Alzheimer's disease.

Drinking Green Tea can make your Memory can increase because there is a content of Polyphenols.

Tea can not only help the body recover from the effects of radiation, but it can also protect it from UV light. There are many studies that show that this drug effectively prevents sun damage due to skin

Again this is the catechin that does the best. The type of catechin found in green tea which provides protection against sunlight is known as epigallocatechin gallate (EGCG).

Although it's not recommended to completely remove your sunscreen, this is important news for those who want to do their best to prevent skin cancer and other diseases caused by long-term sun exposure.

The point is that green tea helps you to think better and feel better.

Is this a miracle drug and natural remedy for all health conditions?

As we know, Green Tea has many benefits that are very good and can maintain human health, but consuming Green Tea may not necessarily cure all diseases

However, can drink it several times a day helps you feel good and protect your health? Try it for a few weeks and then you become a judge, to decide whether green tea is beneficial for your body