Benefits of Using a Home Gym

By Admin HB 21 Jun, 2019 Post a Comment
Benefits of Using a Home Gym - Working out isn't just about building muscle and toning the body, it promotes a healthy lifestyle. For many, it is also a way to escape the daily grind of life, if only for a little while.

A home gym provides an optimal opportunity to enjoy working out from a comfortable location. 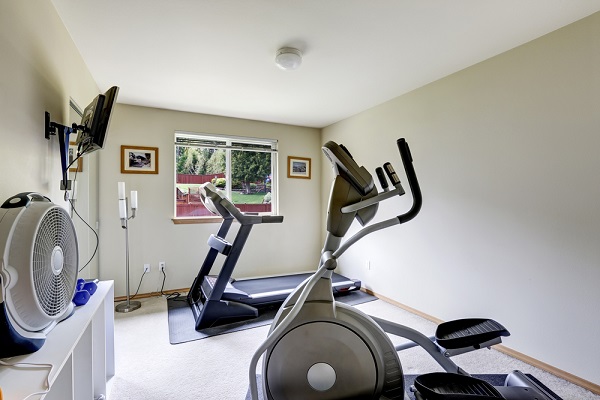 As a general rule, people who are comfortable in their environment while working out are less likely to become distracted or bored with their fitness routine. But the benefits of using a home gym don't stop there; the advantages to be gained with gyms like Bowflex and others virtually endless.

The Long-Term Savings of a Home Gym

It's certainly understandable why traditional gyms have gained so much more recognition than the home variety.

The convenience of personal trainers, specialized fitness programs and even the added benefit of childcare options in some gyms are just a few of the incentives used to increase memberships.

Gyms that require a membership seem like a good idea initially, but the costs can really add up over time. The best home equipment can provide equal fitness benefits, but the upfront costs are higher, often leading to the decision to obtain a gym membership that will ultimately cost more money in the long run.

Additionally, home gyms do not require added costs that could be encountered by going to the gym, such as locker fees or gas mileage.

An added benefit to home gyms like Bowflex is the convenience of providing multiple features using a single machine. The best home gyms combine features that work out multiple areas of the body, many times offering much of the same progress that can be achieved in a standard gym by using many fitness machines.

Listening to an iPod while using the treadmill at the local gym is nice, but how about being able to watch your favorite movie or television series while using a home gym? Home entertainment can be optimized to its full advantage with a home workout routine.

It may seem as though watching television could be distracting to the workout, but many have actually found that it provides just the right amount of distraction to improve the workout routine.

Considering the alternative (couch potato syndrome), working out while watching television can be considered quite productive.

Home fitness solutions have been around for quite some time, but as technology continues to increase and convenience becomes increasingly important, gym systems like the Bowflex machine are becoming increasingly prevalent in many homes.

Traditional gyms that require memberships may offer many enticing features, but the overall costs to maintain a membership can become overwhelming, often failing to deliver the same quality performance and specifications that can be found in some of the best home gyms on the market.

At the end of the day, the benefits to be gained by choosing to exercise at home greatly outweigh the promotions offered by the majority of standard fitness gyms.