9 FoodsCreated From Breast Milk - We all know that human breast milk has been shown to be the best possible start for newborns and babies. It's full of vitamins, is ready on-demand, and promotes the development of a healthy immune system. But now people are starting to get creative with breast milk. Here are nine foods that have been created from breast milk. 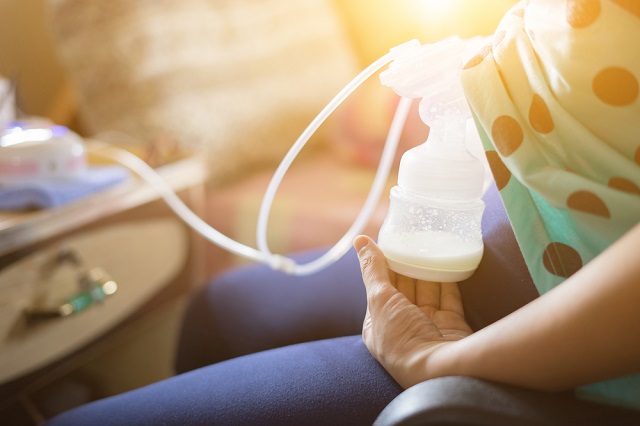 1. Cheese
In this case, the mother is the necessity of the invention. A man named Daniel Angerer, who runs a restaurant in the Chelsea neighborhood of New York City, turned his wife's extra milk into cheese. Customer reaction has been very positive, with many asking Angerer for a taste. The human cheese has been described as having a taste similar to (believe it or not!) pickles.

2. Soups and Stews
Swiss chef Hans Locher reasoned that since human milk is such a perfect food for human infants, why not use it in other foods? Locher has used human milk in soups and meat stews in his restaurant. And women can sell their own surplus, at a rate of £3 for 14 oz.

3. Cupcakes
A UK mother named Abi Blake has used her own milk to make all kinds of baked goods, including tarts, cupcakes, smoothies, and lasagna. Calling herself the "Nigella Lawson of breast milk cookery," Blake sells her products at food festivals.

4. Ice Cream
People for the Ethical Treatment of Animals (PETA) is behind a campaign to get famous ice cream connoisseurs Ben  Jerry to switch their recipes from using cow's milk to using human milk, to give cows a break. It hasn't happened yet, but as campaigns go to raise awareness of the use of other species for food, it did manage to draw plenty of attention.

5. Yogurt
This is something that mothers can make fairly easily right at home, and babies apparently love it. It involves expressing about a pint of milk, heating it over medium heat, pouring into jars once it reaches 110 degrees, adding a tablespoon of soy yogurt (to help the concoction make active yogurt cultures) and then putting it in a cooler to chill for 6 hours.

6. "Milkshakes"
Studies done at the University of Copenhagen have shown that when the breasts create milk, the foods recently consumed add to the unique flavor of the milk. The flavors don't persist in the milk, however. Bananas will flavor milk for only about an hour, for example. In other words, the subtle flavors that come through the milk can give babies a hint of the flavors to come once they're weaned.

7. Breast Milk Bread
You can make your own starter for artisanal bread by combining half a cup of breast milk with a tablespoon of yeast. Then you add a pint more of breast milk, 2 cups flour, and a tablespoon of sugar. Let stand for 10 days, stirring two times a day. When it gains a sour smell, it's fermented and ready for the refrigerator. From there you can make all kinds of gourmet breads.

8. Fancy Cocktails
An artist named Jess Dobkin set up a conceptual art installation called the "Lactation Station" at the Ontario College of Art and Design. At the exhibition, you could order breast milk served in clear, breast-shaped cups.

9. Popsicles
These are said to be great for teething babies. All you do is use a popsicle mold that you can get cheap at "Everything's a Dollar" stores. Express milk into the receptacles, insert the handles, and freeze. Babies apparently love them, and moms say they're terrific (yet somewhat messy) for soothing teething problems.