7 Amazing Benefits of Honey for Health

By Admin HB 18 Jun, 2019 Post a Comment
7 Amazing Benefits of Honey for Health - Interestingly, honey has been with us since time immemorial as an extraordinary natural sweetener that also offers many medicinal benefits, some of which are discussed in this article.

This is mostly produced by honey bees from the genus Apis even though bees, stinging bees, and honey wasps also produce a type of honey. 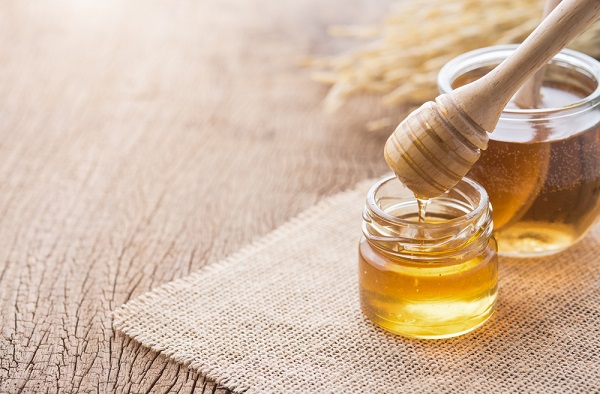 This honey bee converts flower nectar into honey through the process of swallowing, regurgitation and evaporation in sequence before continuing to store honey formed in the honeycomb as the main food source.

You might be wondering why honey is so sweet and sweet. This is basically a mixture of sugar (especially fructose and glucose monosaccharides), vitamins, amino acids, minerals and some trace enzymes.

Understandably, because of its charming taste and sweetness, honey has found wide application in the food and beverage industry where it is used as a sweetener. In addition, with its very acidic nature, honey is a restricted area for most bacteria and microorganisms.

Broadly speaking, the health benefits of honey which can be traced to antibacterial, antifungal, hygroscopic and antioxidant properties are discussed below:

The World Health Organization (WHO) recommends honey as an effective cough medicine with efficacy comparable to dextromethorphan, a popular over-the-counter drug used in the treatment of cough and sleep difficulties associated with children.

Also, health authorities in the UK recommend lemon and honey warm drinks in the treatment of cough or throat irritation in children except those under the age of 1 because they risk developing baby botulism from honey consumption.

Honey has been widely applied in the treatment of skin wounds based on its antibacterial, antifungal and hygroscopic properties. This helps to absorb excess moisture from the wound (hygroscopy) and effectively fight off infectious agents in most wounds.

In addition, honey has debriding properties, because it helps remove dead or necrotic tissue from wounds, keeps them clean and improves wound healing.

All of these properties are in accordance with the findings of the National Institutes of Health. Furthermore, honey promotes the production of hydrogen peroxide in wounds through the activity of the glucose oxidase enzyme which helps ward off infections by anaerobic bacteria.

Especially Clostridium tetani which are responsible for tetanus, a complication that is feared from wounds that are not treated properly.

Honey has also been found to be useful in the management of ulcers and bacterial infections of the intestine. Helicobacter pylori is a common cause in the pathophysiology of Peptic Ulcer and Honey, through antimicrobial activity which may play a role in eradicating these microorganisms.

Likewise, antibacterial activity plays a potential role in treating bacterial gastroenteritis. In clinical studies, honey has been shown to kill Salmonella and Escherichia coli which are common causative agents for food poisoning.

Because honey contains traces of flower pollen, exposure to these allergens while eating honey can cause an immune response that reduces the possibility of an allergic reaction. However, this potential benefit has not been proven adequately and is still being investigated.

Honey has been shown to improve the performance of athletes. Calorie-dense honey and a tablespoon of it contain about 17 g of carbohydrates in addition to additional nutrients such as vitamins and minerals.

According to the National Honey Board, it is very beneficial for athletes to add honey to their water bottles to increase energy during exercise.

What's more, modern research reveals that athletes who consume honey have increased recovery time and a sustainable glycemic level compared to their colleagues who consumed other sweeteners.

Treating Dandruff and other Scalp Disorders

Based on its antibacterial and antifungal properties, honey has been applied in the treatment of dandruff and similar scalp conditions.

A study has been carried out in patients with chronic seborrheic dermatitis and dandruff. In all patients, sufficient resolution of symptoms and disease was obtained within 2 weeks after honey treatment.

According to Reuters, honey may show some benefits in improving memory. A study conducted on several post-menopausal healthy women found that those who ate honey performed better on short-term memory tests than others.