By Admin AA 12 May, 2019
Green Tea Extract Gives You Benefits ofGreen Tea With No Losses - The benefits of green tea are well documented. It is one of those natural products used for thousands of years which has shown many benefits in modern studies. 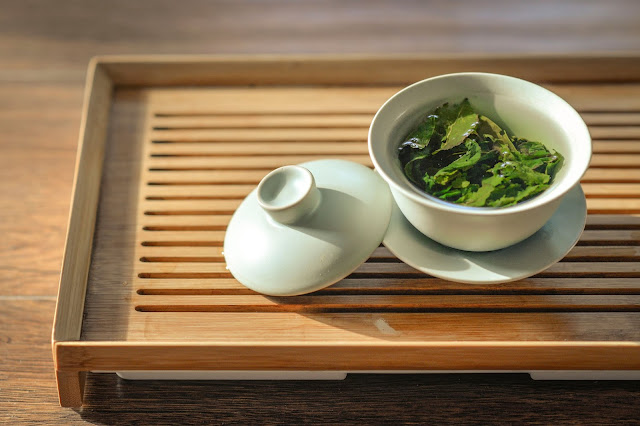 Here is a fairly complete list, though I've made no attempt to find every one.

Studies published in medical journals have shown that green tea...

Green tea is different from black teas because it is not fermented.

For that reason (forgive the big scientific words about to land on you, I promise they're the last in this article) the green form has much higher levels of polyphenols such as gallic acid and catechins such as epigallocatechin gallate (EGCG), epigallocatechin (EGC), epicatechin gallate (ECG) and epicatechin (EC). All of these are abundant in green tea and are believed to be responsible for many of its benefits.

Green tea also contains 2-4 percent caffeine, or an average of about 40 mg of caffeine per cup. The caffeine stimulates our central nervous system, like caffeine from any source. That explains the improvement in alertness, and why we do better on mental performance tests when we use caffeine.
It's also a potential problem. Even though the amount of caffeine is less than black tea and coffee, some people are very sensitive to caffeine and want to avoid it completely.

One other fact about all teas: they all contain some fluorides. No studies have ever shown ill effects from the amount of fluoride ingested by drinking an ordinary amount. For example, the amount of fluoride in five or 10 cups a day, more than most of us are ever likely to drink, appears to be harmless over a lifetime. But many people would prefer to leave fluoride out of their daily diet, too.

If either is a concern, the answer is simple: green tea extract. As part of a balanced supplement, a good extract provides all the benefits of green tea, without either the caffeine or the fluoride.

One thing to keep in mind. All tea is not the same -- and neither are all extracts. Polyphenols and catechins in green tea (especially the EGCG mentioned above), are usually identified as the active ingredients that provide the amazing variety of health benefits of green tea.

Here is the difference in extracts. The percentage of catechins in green tea extract can range from 20 percent to 80 percent. Since I like a supplement with the most for my money, I take one that contains only the 80 percent version.

Also, even with all the well-proven benefits of green tea, no food ingredient is the Lone Ranger. All nutrition depends on a variety of good things happening in the body, and I want my supplements to contain other antioxidants and polyphenols that have been proven in their own clinical studies.