Discover Just Few Health Benefits of Tumeric and Curcumin - Some plants have amazing medicinal qualities and yet so few of us really know about them. Let's try to redress the balance and mention one of these powerhouse plants. 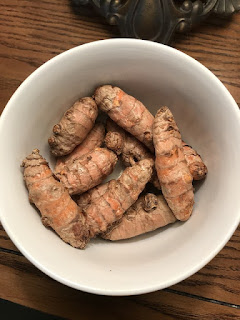 A lot has been uncovered about how turmeric curcumin has helped when used to ease and alleviate symptoms of many of the illnesses affecting us today. Whilst we talk about them both in the same light the distinction is that curcumin is the extract taken from the turmeric plant, and this is what's exciting many researchers today.

Much of what I gleaned from such studies pointed to it being very effective at preventing some of the symptoms of the condition under study, thereby offering a protective action to anyone taking this herb.

Such research has included areas like type 2 diabetes, alzheimer's, osteoarthritis and acne. What also show early promise in some other clinical studies is it's use as a cancer fighting medicine.

But we must not ignore the fact that even 2,000 years ago the healers of yesteryear were aware of turmeric curcumin and used it to help cure liver and digestive disorders, as a painkiller and much more. The ancient Indian healing philosophy known as Ayurvedic, something still used today even, held it in very high regard.

You might never glance at that jar of turmeric in your spice rack with the same look again after reading this.

Read Also : What Are the Benefits of Green Tea Products?

After examining much of what I've found through my own personal research which was was quite random and unplanned, I'm convinced there's a big plus to my health by taking turmeric curcumin as a daily supplement.