Benefits of Vitamin B12 May Include Reduced Alzheimers Symptoms


Benefits of Vitamin B12 May Include Reduced Alzheimers Symptoms - A small study in Finland suggests that one of the benefits of vitamin B12 (found in foods like fish and fortified cereals, for example) may well be a lower risk of developing life-changing Alzheimer's symptoms than people who take in less of the vitamin. 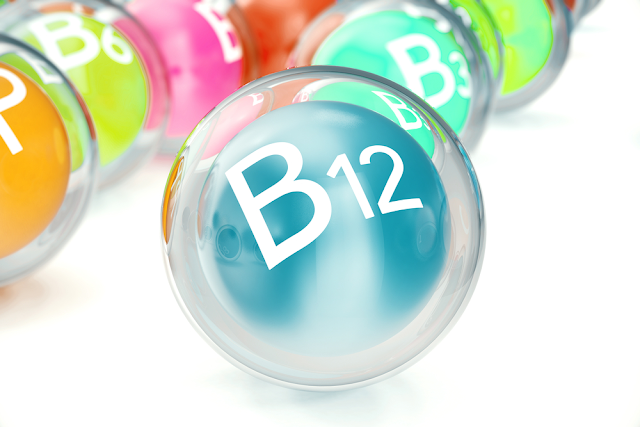 The team of Scandinavian researchers analyzed blood samples from just under 300 subjects between the ages of 65 to 79 who had no evidence of dementia. The samples were tested for levels of a blood marker of vitamin B12 (known as holotranscobalamin) as well as levels of homocysteine, an amino acid that has been tied to a greater risk of Alzheimer's disease, heart disease and stroke.

The B vitamins (including B12 and folate) have been shown to help bring down homocysteine levels, so high levels of the amino acid suggest low levels of B vitamins.

Read Also : Guide To Learning The Benefits Of Sauna And Health

The link between risk of Alzheimer's, homocysteine and B12 was far more obvious in older subjects. Blood levels of folate, though measured as part of the work, were found not to be related to homocysteine levels or Alzheimer's risk.

While earlier studies have shown that folic acid lowers homocysteine levels, the effect this nutrient has on disease is still up for discussion by the medical community.

A National Institute of Health panel has concluded that there are no foods or vitamins that absolutely prevent Alzheimer's disease. While a healthy diet is always important, the role of supplements remains unclear.

The relationship between B12 and Alzheimer's risk is complex, but the levels of this critical group of vitamins probably do play a role in the development of the disease.

Estimates vary, but some have as many as 5.1 million Americans suffering with the memory robbing, life altering disease known as Alzheimer's, the most common form of dementia.

More than the normal forgetfulness of aging, this disease is irreversible and progressive, destroying both thinking and memory. In the end, patients find it impossible to do everyday things that once were no problem - cooking, dressing, driving a car, making decisions, running errands.

If you're worried about your own risk of this terrible disease, don't ignore the benefits of vitamin b12, however, focus instead on many of the same, all natural; things doctors tell us to do for a healthy heart.

Read Also : How Acne Hormones Attach Can Be Avoided

Eat in moderation and include lots of fresh fruits and veggies in your meals while staying away from (or limiting) foods that are high in fat and sugar, as well as large amounts of red or processed meats.

By watching what you eat, you'll be doing all you can to keep your body weight at a healthy level, which is super important as being obese has been shown to double the risk of developing Alzheimer's symptoms.