Everyone Must Know, Here Are the Benefits of Tea


Everyone MustKnow, Here Are the Benefits of Tea - Company and solitude besides, a teapot is surely a storehouse of many valuable treasures that are beneficial to human health. The fact that Tea is the most widely and also commonly consumed beverage in the world gives rise to a lot of speculation about the benefits of tea. 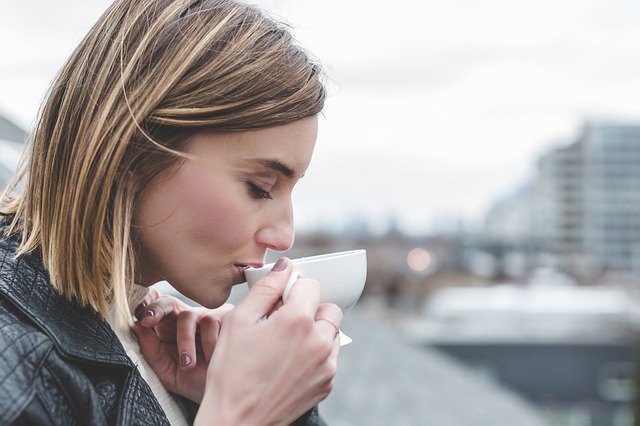 Even though most of us who enjoy a cup of tea every morning do not bother much about the medical, or other, benefits of tea except the fact that it rejuvenates us, tea is a beverage that has many benefits.

People drink tea for different reasons. Most of us, as mentioned above, drink tea for the sense of rejuvenation that it imparts after a long sleep.

Many others enjoy a cup of tea for its taste, the warmth it provides during the winters and for the pleasure of company, while others may just drink a few cups of tea at different times of the day out of habit.
Whatever the reasons for the consumption of tea, it is a fact that almost all tea drinkers are immensely benefited by the consumption of this beverage.

Most people believe that it is only the green tea that is beneficial for health, while other varieties of tea may actually cause damage, if consumed in higher quantities. This is a misconception. Almost all varieties of tea, whether it is green, black or red, contain polyphenols that impart to tea its antioxidant properties.

Read Also : Here's the Benefits of Sauna - Caring for and Maintaining Your Body in Total

Polyphenols are most commonly renowned for their anti-cancer properties. It is therefore obvious that the consumption of tea will save you from skin, gastric, ovarian and esophageal cancers.

The other benefits of polyphenols include the lowering of cholesterol level and prevention of blood coagulation. The content of polyphenols in tea gives tea the status of a nutritive beverage that can be compared in terms of its nutritive value to fruits and vegetables.

GREEN OR BLACK! DOES IT MAKE A DIFFERENCE?

It is widely believed that the medical benefits attributed to tea can only be associated with Green tea. Even though researchers have proved that all teas, black, green or red contain the invaluable polyphenols who impart tea its cancer-fighting properties, it is a fact that Green Tea has been acclaimed much more than the other teas for its health benefits.

It was the Chinese who discovered the medicinal properties of green tea about 4000 years ago. In fact, green tea was considered a panacea by the Chinese; a cure for all ailments from a minor headache to life threatening tumors.

Various other researches conducted both in Asia and the west have revealed crucial health benefits of drinking green tea such as the prevention of cancer, rheumatoid arthritis, high cholesterol, various infections and cardiovascular diseases.

THE DIFFERENCE LIES IN THE 'KIND' OF POLYPHENOLS

Perhaps what make green tea more special than the other teas is the presence of catechin polyphenols; and particularly the presence of a potent anti-oxidant known as epigallocatechin gallate (EGCG).

The importance of this category of polyphenols lies in the fact that they are instrumental in not only inhibiting cancer but also in destroying the cancer cells. Since green tea is only steamed and not processed like the other varieties of teas, the invaluable polyphenpols remain intact in the green tea.

In the other varieties of tea, the processing which involves fermentation converts the polyphenols into other compounds, thus reducing their potency of the polyphenol compounds to a great extent.

Read Also : Are You Excited Over the Potential Health Benefits of Tumeric?

Certain studies have also proved that green tea is beneficial to dieters. Green tea has also been found to be beneficial in cases of tooth decay and many companies have started using green tea as an ingredient in skin care preparations, such as lotions and creams, and even deodorants

RAISE A TOAST TO YOUR HEALTH-WITH A CUP OF TEA!

So, next time you raise your morning cup of tea to your lips, don't forget to think of all the healthy compounds that you are drinking along with this cup of tea. Ideally, tea should be brewed for at least 3-5 minutes to extract the full benefits of polyphenols. You should also restrict the intake of tea to 3-4 cups in a day.

Certain additions, such as thyme, ginger, cardamom, fennel, anise, to a cup of tea can impart distinctive properties to tea. For instance, Thyme tea has antiseptic properties and soothes and even heals sinus, Ginger tea works miracles in curing digestive ailments, Cardamom tea has antispasmodic properties, tea made from rose hips removes wrinkles and hydrates the skin and oatstraw tea helps in losing weight and also boosts immunity.

There still remains a lot to be discovered about the health benefits of drinking tea. What is established, as of now, is that tea is surely a recommended beverage to be consumed 3-4 times in a day. It fights cancer, lowers cholesterol and shrinks tumors.

The recommended varieties of teas are the ones that are brewed from black, green or red tea leaves. It is not necessary that you should restrict yourself to 'hot' tea. Iced teas are as beneficial to health as a cup of hot tea.

Also, contrary to popular belief, milk in no way damages the antioxidant properties of tea. So, go ahead and add a generous portion of calcium rich milk.

Of course, like anything, excess of tea has its drawbacks. Having a cup of tea immediately after meals can hamper iron absorption. Also, avoid taking any medication with a cup of tea as it may sometimes cause an adverse reaction.