THE BENEFITS OF DRINKING GREEN TEA

Green tea is so widespread nowadays that it's impossible to run into one who isn't a regular drinker. And fact is it's not just a simple lifestyle product. Green tea is now widely available in a number of ways, from various extracts to more commercial products like those from the Lipton brand. So for us non-tea drinkers, should we make a lifestyle "change"? 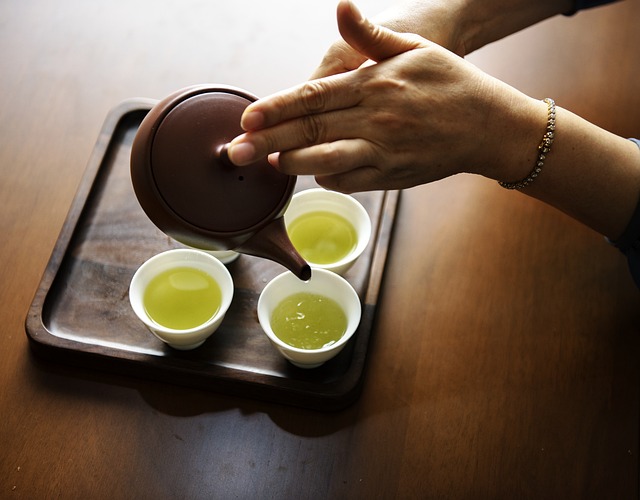 For one, it's proven itself to be a reliable antioxidant. And if you know the importance of antioxidants in its role in a healthier aging process, you know that this isn't just a fancy term to be bandied around.

Other than that, studies are already available linking green tea to faster metabolism, tooth decay prevention, improves blood circulation (thus preventing related cardiovascular diseases in the future), faster wound healing, and lowers the risk for carcinoma such as esophageal cancer.

Read Also : The Alternative to Cow Milk is Almond Milk

The Benefits of Lipton Green Tea

Go inside any local supermarket and you'll see how many variants of green teas there are. One of the most enduring commercial brands out there is Lipton.

If you're one of those people (like us) who are looking for a quick tea fix but don't want to burn a hole through their pockets, Lipton's is a sure-fire way to enjoy one of the most affordable green teas currently out in the market.

Belying its more "commercialized" character, a bag of Lipton still contains a surprisingly natural amount of organic stuff that is otherwise rarely seen in any commercial product out there.

And yes, studies prove that it can be beneficial in fighting premature aging, improves circulation, and bolsters the immune system. It's so immensely popular that some people have taken a shine to it and made a habit of drinking it instead of coffee.

For people who aren't afraid of drinking an "authentic" strong tea, matcha is touted as the real deal. Instead of brewing a bag, matcha is finely grounded and powdered, and is meant to be ingested as a whole in water.

While some may be understandably hesitant in trying it out-what with its spinach-y taste and all-recent studies have been coming out stating that matcha actually outweighs green tea in terms of health benefits alone.

Since it is not "watered down" as compared to its more commercial brethren, effects such as a healthier aging, weight loss, body detoxification, and-good news for diabetics everywhere-has no proven glycemic index.

And considering its history as part of a tea-drinking ritual by monks in Japan, it's no surprise that it has earned the tag of being a "mood enhancer".

Read Also : A Look at the Health Benefits of Fruit

The Benefits of Green Tea for Skin

Amazingly enough, green tea has found itself from a single packet to a fully-fledged skin cream during these past few years. While obvious skin benefits can be gained from drinking the magic tea, manufacturers have found a way to exploit this singular benefit for the more vain in all of us (Not that it's a sin.

Just ask any woman you know.). Aside from its uses as an anti-aging cream-which helps our skin expel the presence of free radicals-it can minimize damage from harsh sunlight, helps the skin cells in making new ones, heals any current skin diseases (like psoriasis), and most important of all, prevents any future occurrence for skin cancer.

The Benefits of Green Tea Extracts

Not to be confused with the drink, green tea extracts are supposed to be taken as a "food supplement", much like daily vitamins. And being that its components are more "defined" than it is in a regular tea bag, some health benefits are doubled in a single pill, like lowering LDL cholesterol and triglyceride levels and prevents joint inflammation.
So here you go.

All the benefits are just too numerous to mention, but those listed above are the ones most overtly seen in studies worldwide. So you're still doubtful, eh? Why not try a cup of green tea and see it for yourself? Not only is it a relaxing drink, but one that you can enjoy with your family and loved ones, as well.